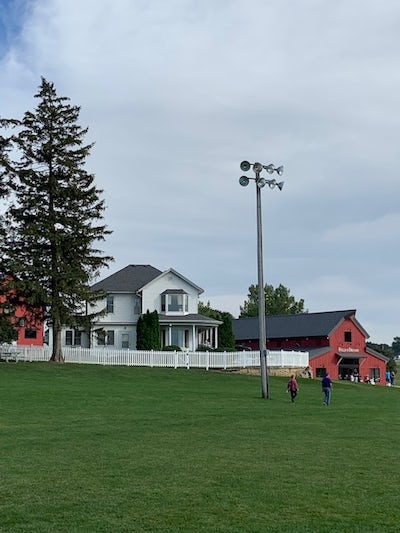 pusdoc
6-10 Cruises • Age 70s
Our cruise was disappointing. The Queen of the West is an old boat and is poorly maintained. Light bulbs are missing. Furniture is worn. The tours were really poor. The trip is advertised as tracing the course of Lewis and Clark, and there were two talks about Lewis and Clark--one at the beginning and one on the last day. There was no mention of them during the intervening days, and the tours to ...
Read More

A most unpleasant cruise

LLO349LLO
10+ Cruises • Age 60s
This cruise ship, Independence of the American Cruise Lines was the worst ship I have ever been on and I have been on quite a few cruises. Our room was very dirty; huge stains on the carpet; furniture that you would not even attempt to sit in; bathroom was also very dirty. Housekeeping was minimal at best. The ship broke down, one generator totally died and the other one was getting close ...
Read More

Ship was not sea worthy!! Broke down costing 2 days of ports.

trogg1956
2-5 Cruises • Age 60s
The ship was dated and really not sea worthy. It appeared as a rust bucket upon boarding and it was. The room was old and dated, crappy bed, filthy shower and bathroom area. The crew was all new and was really not trained to run a cruise ship. We were ripped off for 11,000. This was the absolutely worse money grabbing experience we have ever had. TOTAL ROBBERY!!!! The redeeming factor was the ...
Read More

cburkhar
2-5 Cruises • Age 60s
We chose this cruise as to imagine what it was like that Lewis and Clark went through. We had a historian on-board who gave 50 minutes discussions each day about the areas we would go to. He would even ride the bus with us at times to explain even more of the area we headed to. Geography/landscape changed along the way. Starting out in canyons to hilly green tree areas as you go west. Go ...
Read More

A less than perfect cruise!

good4us
10+ Cruises • Age 60s
We had been receiving mailers from American Cruise line for years and chose them for our return to cruising after a hiatus due to Covid. We were promised the ship would be no more than 80% occupancy due to Covid. This was not the case as several other passengers commented the ship was at 100% of capacity. Our next problem arose at the Red Lion hotel in Portland. We had been informed ...
Read More

Horrible cruise for the money.

Al2218
10+ Cruises • Age 70s
We wanted to cruise the Columbia River & Snake River because of the scenery. Red Lion Hotel pre cruise 1 night was filthy and lots of bugs in our room. Breakfast was very slow & limited to $12.00 unless we pay the extra. Embarkation day was ok. Our room was not clean & no towels until late that evening. After 5 days we asked to have the room vacuumed. It was done the next day. Only time ...
Read More

Kathiej
10+ Cruises • Age 60s
I loved American cruises so much that I just came back from a second one. I took one earlier this year. I felt safe from Covid- everyone has been vaccinated on board, and we all had covid tests before embarkation. That made for a very comfortable, secure trip. It's nice to get to travel after all this time and not feel worried about the virus. The ship itself had a lot of old world charm. ...
Read More

Queen of the West is very old equipment

Review for Queen of the West to North America River

jabaker
2-5 Cruises • Age 50s
We enjoyed enjoyed exploring the Columbia River Gorge. A riverboat is an excellent way to get to see this part of country. From other passengers that had been on American Cruise Lines I would hear consistently that they had good experiences on some of the companies other trips. However, anyone booking on this ship should be aware that this a very old and barely maintained boat. The boat is ...
Read More

Not Worth the Money

Susan Silberman
6-10 Cruises • Age 60s
The food was poor to say the least. The airline chicken consisted of an unseasoned piece of meat with BBQ sauce poured on top. To make matters worse, it was raw in the middle. The short ribs were cold when they came to the table and heavily laced with fat and grizzle. The portobello mushroom sandwich consisted of two burnt pieces of toast and a mini mushroom in the middle. The baked potato was ...
Read More

Kathiej
10+ Cruises • Age 60s
I loved this cruise. All the employees and also all the passengers were friendly and fun to be around. This is a smaller boat so we all got very close during the cruise. The crew all came to know everyone by name. Being on this boat was a refreshing change from the big ocean cruises. Everyone got to know everyone, which made for a great atmosphere. The stateroom was bright and cheerful with ...
Read More