You may also like
Dismiss
How to Prepare for a World Cruise
Cuba People to People Visa Options for American Cruisers
Single Parent Cruise Advice: Your Questions Answered
What Not to Forget on a Cruise: 10 Things to Remember to Pack
What is OceanMedallion on a Cruise?
8 Reasons To Do Long Cruises with Holland America Line
3 Cruise Clubs You Need to Join Right Now
How to Check In for a Cruise
Royal Caribbean Cruise FAQ
How to Keep Your Data Safe When Cruising 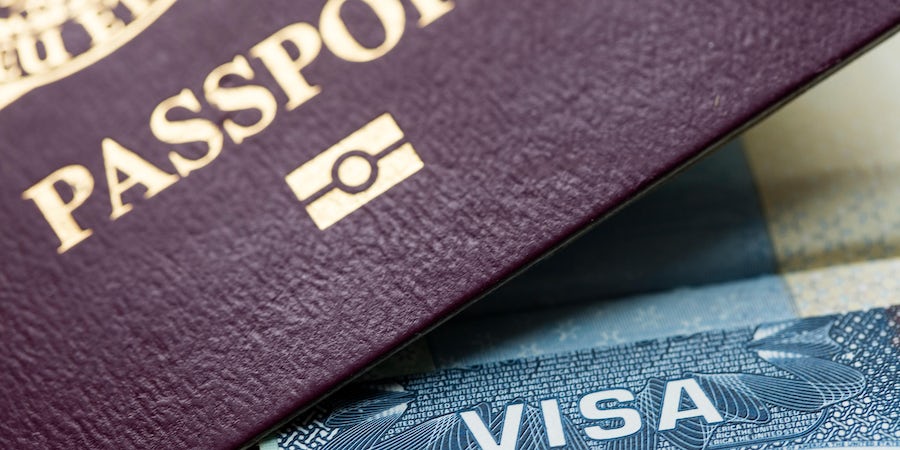 7 Tips to Ease Your Way Through Customs After a Cruise

The customs and immigration process is a fundamental part of travelling. As far as the actual experience goes, it’s the luck of the draw – sometimes you will breeze through, at other times you’ll queue for what seems like an age, then go on to face some often intimidating questioning before you’re free to go on your way.

Transiting through customs after your cruise can be made easier though, if you wise up on the do’s and don’ts to take the stress and hassle out of the task at hand.

Your passport will be checked when you arrive at a port, so make sure it’s valid and in date, with at least six months before the expiry date (see point 8 for more on this). Before you go, check in good time what other documents you may need. It’s also a good idea to carry a photocopy (or photograph on your phone) of your passport, as well as one other form of photo ID such as a driver’s license.

2. Have the relevant documents to hand, especially if travelling with kids

On a skip-gen trip, travelling with the grand-kids or friends’ kids? You may be asked at the border to prove the relationship between yourself and any children travelling with you, if you do not seem to be the parent, for example if you have a different surname. You can prove this with a birth or adoption certificate showing your relationship with the child, divorce or marriage certificates if you’re the parent but have a different surname from the child, or a letter from the child’s parent giving permission for the child to travel with you and providing contact details, if you’re not the parent.

Avoid delays at customs by switching off your mobile phone or tablet when it’s time to see an officer. You should also take off any hats, headphones and sunglasses, remove your passport from its cover and have it open at the photo page.

4. Tone down the jokes

If you want to get through customs with minimal fuss, save the loud conversations and jokes till later on - draw unnecessary attention to yourself and you might be selected for questioning or even secondary screening.

Don’t just assume you’re entitled to enter another country when you step off the ship -- check whether you’ll need a visa such as an ESTA if you’re ending your cruise on American soil. Don’t wait until the last minute to get this sorted.

Returning to the UK? There are restrictions or bans on bringing some food products such as fish, eggs and honey, some fruits and vegetables as well as live plants, traditional medicines and products of animal origins. Other countries have their own rules so do your research and if in doubt, declare it.

If you are selected for further investigation at an overseas port, be aware that some countries (especially predominantly Muslim ones) can confiscate phones, laptops and other devices without a warrant. While it's unlikely to happen to most cruise travellers, know that the possibility exists and take steps to protect your privacy.

8. Prepare your passport -- especially in the light of Brexit

Before you go anywhere, you’ll need to check the date your passport expires. Act now so you can travel as planned. If we leave the EU without a deal, the UK Government recommends that you have six months left on your passport on the date of your arrival in an EU country. Note that the six months on your passport is only required if you are travelling after the date the UK leaves the EU.

You should also check when your passport was renewed. If you renewed a 10-year adult passport before it expired, extra months may have been added to your passport's expiry date. These extra months over 10 years will not count towards a six months that must be remaining. You can renew your passport online or by going to a Post Office with a Check and Send service.