You may also like
Dismiss
Marella Cruises vs. P&O Cruises
Fred. Olsen Cruise Lines vs. Cruise & Maritime Voyages
Top 10 Reasons to Cruise with Fred. Olsen Cruise Lines
Best Adults-Only Cruises
New Year’s Eve Cruises: Celebrate New Year’s On A Cruise Ship
Taster Cruises: What They Are and Where to Take Them
All Aboard! Cruising the Baltic Where Small and Friendly is the Way To Go.
One Great Reason To Try a Small Ship Cruise: Magnificent Ports of Call
Saga Cruises vs Viking Ocean
M Crew Kids Club on Marella Cruises 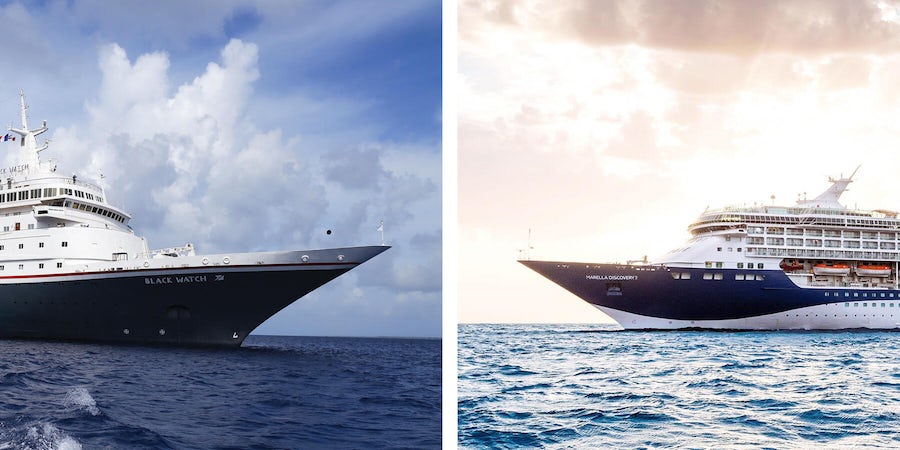 If you’re looking for a quintessentially British cruise experience, look no further than these two UK cruise lines.

Though one is Norwegian-owned (Fred. Olsen), and the other is ultimately German-owned (Marella, formerly Thomson, part of the travel giant TUI), both wear their British credentials with pride, with British beers on tap in the onboard pubs, British entertainment on offer in the theatres, British food served in the restaurants and an almost entirely British passenger base.

However, there are a number of areas where these lines differ, not least in terms of demographics. While Fred. attracts a predominantly older (the average age is 67) crowd of couples, solos and groups, Marella is firmly aimed at the family sector and come school holidays the Marella ships (bar one, Marella Explorer 2), will be full of families.

The entertainment on Marella is pitched at a slightly younger age group, too, and the all-inclusive nature of the ships makes a difference when it comes to budgeting.

Marella’s most recent ships are also a little younger than the classic vessels operated by Fred. Olsen and have more features onboard such as climbing walls, an outdoor movie screen and multiple dining venues.

So if you are struggling to decide between the two, read our comparison of Fred. Olsen vs Marella Cruises and hopefully we can help you make the right choice!

Offers a traditional and comfortable British cruise experience for 55+ adults

Who are you going to meet?

Where are they based, and where do they go?

• There’s also a range of short-break cruises, and winter cruises to Norway in search of the Northern Lights.

What are the dining options?

Related: What to Expect on a Cruise: The Cruise Buffet

What's each line's idea of fun?

How well are families catered for?

How does pricing compare?