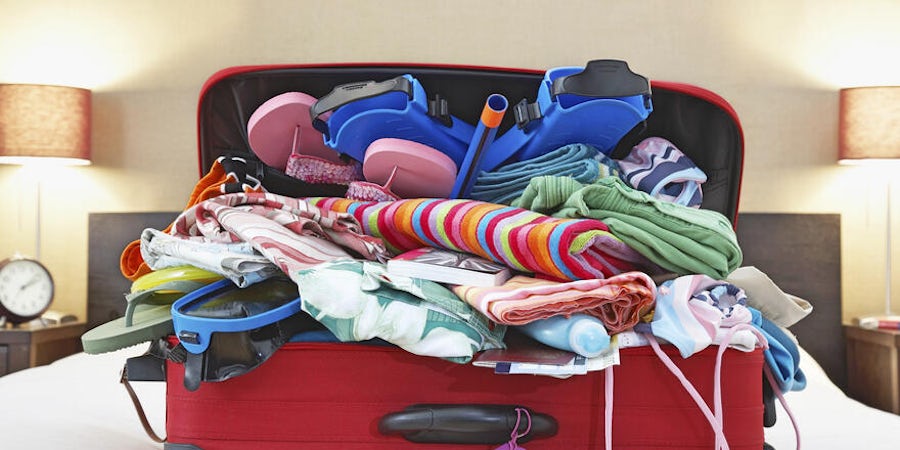 Packing for a cruise isn't just troublesome for newbies; even repeat cruisers make the mistake of packing everything they own... or leaving the most important item on the kitchen table. In theory, our checklist is at hand every time, but to err is human. Cruise Critic reached out to our forum members as well as fellow staffers for their packing mishaps. From forgetting underwear to nearly leaving the ship in just underwear, to weeding out plastic weapons from your toddler's bag, we learned some big lessons from some pretty nasty packing mishaps. Laugh along with 17 of the worst cruise packing mistakes.

"Worst packing mistake was packing an item that was considered contraband. Last year we were on Carnival Dream for a Halloween cruise and we took costumes. I was a police officer and my DH husband was my prisoner. I took a pair of PLASTIC handcuffs. My DH was in the cabin while I was on the deck. He got a call to report to the gangway. He went and they presented him with the handcuffs and told him they were forbidden. He told them they were taking his fun away and they all had a big laugh. I am SO thankful that he went down there instead of me. How embarrassing!" suzycruiser2

Avoid this mistake: police officer costume pack gets the point across, without any sort of weapon.

"I made the mistake of having a bag of liquids/gels too close to the front side of my suitcase, where it wasn't well padded. When they gate-checked it and threw it around, one of the bottles burst. Fortunately it was in a plastic bag, but it was still kind of a mess ..." Sarah Schlichter, senior editor, SmarterTravel

Editor's note: We heard this one a lot.

Avoid this mistake: These portable toiletry tubes are TSA approved AND leakproof.

Related: What to Pack for a Carnival Cruise

"My brother-in-law is infamous for forgetting important pieces of clothing. On their honeymoon he forgot to bring dress shoes to wear with his suit on formal night, so he just wore socks to the dining room. Why he didn't just wear his gym shoes or sandals is beyond me." Jeafl

"Almost had to go Chippendales style once, as I packed my tux but forgot my shirt!" GROUCHPUSS

Avoid this mistake: Check off what you need with this portable packing list. 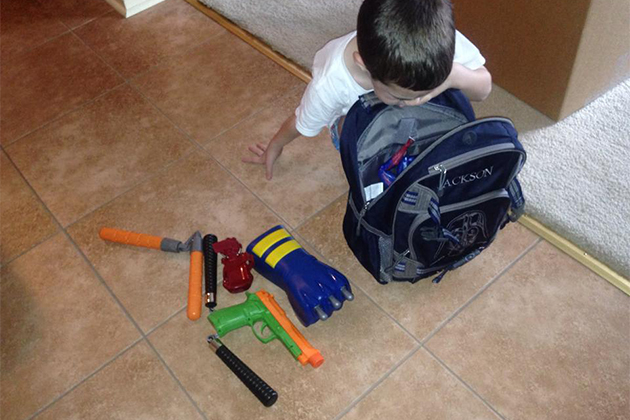 "The first year I worked for the airlines, I worked in the lost luggage department where you see just about everything under the sun. My favorite one was the gentleman who came in from Alaska to report his bag did not arrive with him -- it was one of those soft garment bags that used to be so popular. As we do, I asked him to describe any unique contents to help identify the bag should it no longer have its tags. He told me that it contained a suit and dress shirts, and that he had wrapped some of his shirts around the very special fish he was bringing home for his father's 80th birthday. I struggled to keep a straight face as I asked him about the fish -- so it was frozen? No -- fresh, he had caught a salmon. We returned his bag to him later that day, but I'm sure there was no hope for saving any of the contents!" Roatanfans

"Don't judge me, people. Before our first cruise in 2008, I had no idea what the bathroom situation would be like. For some reason, I had this irrational fear something would happen to our toothbrushes -- I kept seeing them falling into the toilet. It never occurred to me to simply buy a few toothbrush covers. So I took 36 disposable toothbrushes -- two for each day." Swells1

Avoid this mistake: Use a clip-on toothbrush protector to keep dirt, hair and other nasties out of your bristles.

"My box of powdered detergent opened in my suitcase ... all over my clothes. As I fished them out I sneezed and sneezed ... (duh) should have put the box in a Ziploc ... ah-choo!" mmemichele

8. Not Stashing a Change of Clothes in Your Carry-On

"If it's not too much of a 'duh,' my worst mistake was not packing a carry-on with the things I needed immediately. My luggage was lost, and I had to go three days with only a bathing suit and the clothes (and single pair of undies) I was wearing." Ashley Kosciolek, editor

"Before he was DH my husband and I did his packing, he forgot to pack his boxers ... which was a real problem because our first two days were at sea. Fortunately for him, I had packed a pair that he'd left at my house in my carry-on. I don't remember why he couldn't buy a pair in the ship's store but first order of business upon arrival in St. Thomas was a trip to Kmart." trish1c 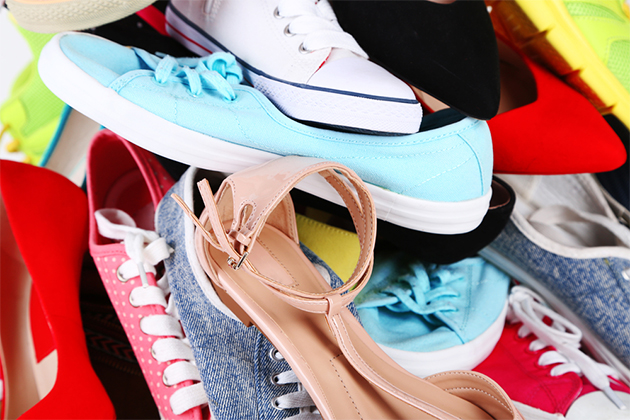 9. Bringing Too Many Shoes

"This isn't necessarily a 'worst packing mistake' but on a 12-day Med cruise my sister and I had 32 pairs of shoes between the two of us with about 25 of those pairs being hers alone. The floor of our interior room closet was completely covered. Not sure if all those shoes were worn or not, but we had a great time and still laugh about all those shoes." BabySarge

"I know a woman who broke her leg right before a cruise; her doctor told her she was OK to go. However, she only needed a shoe for the one foot because the other was in a cast. She brought both shoes any way ... all 12 pairs. (No, it wasn't me ...)" Cruisercl

Avoid this mistake: A pair of comfy shoes that are still dressy, like these velvet Mary Jane's, will serve double or even triple duty.

Related: How Not to Overpack For Your Cruise

"The worst mistake I made was neglecting to iron my clothes before my first cruise, assuming there would be an iron and ironing board in my cabin!" Amanda Norcross, editor, Family Vacation Critic

"My worst mistake was my first cruise and I just completely overpacked. I am a list-maker and cross things off as I pack. I think it would totally bug me if all my stuff wasn't in my bag. I do feel like within the last few cruises I have gotten better with my overpacking and have learned how to cut things down. I now don't think I need at least one outfit for every day, I just mix and match things. I also don't need one pair of shoes for every outfit!" Kelkel2

Editor's note: This is the numero uno packing mistake we heard again and again.

Avoid this mistake: Admitting you have a problem is the first step. The next? Packing cubes, for better organisation.

"Packing an Xbox to try to keep the kids entertained only to find out that the power transformer wouldn't work. No problem though, the Xbox didn't come out of the other end of security anyway ... confiscated or stolen out of checked bags. Total packing/Xbox fail." Mike Ewing, general manager, CruiseCritic.com

Avoid this mistake: Go for a handheld game system that can fit in a carry on.

"We booked a cruise to the Bahamas in October leaving from NY. Because we didn't want to worry about the hassle of parking at the terminal we opted to be adventurous and take the Megabus. When we left it was a balmy 72 degrees in New York, so left our jackets in the car thinking, "who needs these?", and proceeded to board the bus, and head for the cruise port. The entire cruise the weather was warm, wonderful and never a degree below 68. However, when we arrived home a week later (reaching port earlier than anticipated), it was snowing ... full on winter wonderland, which left us sitting outside at the bus stop wearing the heaviest item of clothing (being "I heart NY" sweatshirts we bought from the only shop that was open). Unfortunately for DH my husband, the only XL they had at the time was bright pink ... emblazoned with a glittering Statue of Liberty." Trynity

Avoid this mistake: A lightweight, easy-to-roll jacket that's still warm should be a travel staple in the winter.

"Check for socks -- I've got caught out not having socks but needing them for things like bowling or bungee trampolining (yes, on a cruise)." Erica Silverstein, senior editor

Avoid this mistake: If you really hate the idea of bringing thick socks on a tropical cruise, then a pack of these thin ones might do the trick.

Related: 7 Things You Need for an Active River Cruise

"Our cruising friend failed to hold onto the pants to her outfit to wear off of the ship. She put her luggage out the night before disembarking and didn't realize her mistake until the morning. We received her frantic call and were running all over the ship trying to find an open shop to sell us something she could cover herself with to walk off the ship. FYI -- all shops are closed up tight. Her desperate plan was to take her husband's jeans and have him walk off in his boxer shorts! In a stroke of luck, our daughter-in-law had not packed her evening outfit, so had two pairs of pants." CamCruiser 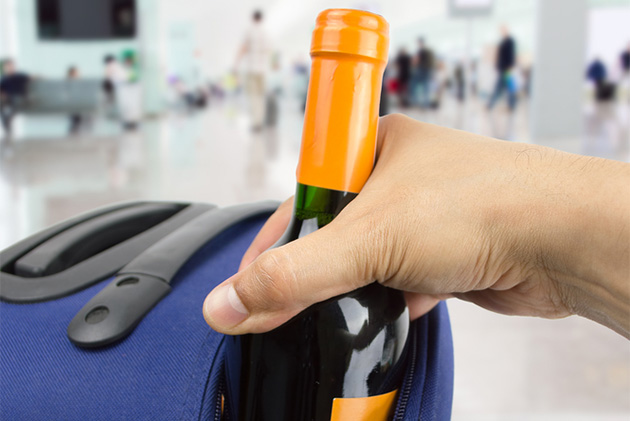 16. Not Padding Your Wine Purchases

"So far no disasters, but a friend of ours (a newbie) packed a bottle of red wine in his luggage. We told him to put it in a sealable baggie in case it got broken. He didn't believe us, and the bottle broke and wine was all over his clothes. He and his wife spent two days doing laundry and most of his clothing was unwearable." Elliair

"My biggest mistake was when we were leaving the ship! I was late to put bags out, so my daughter thought she would help and she put them out; not knowing I had hidden the passports in my purse in the suitcase! Thankfully, when we got to the terminal I was able to retrieve everything! Didn't sleep well that night!" KAR3600