You may also like
Dismiss
5 Reasons You Should Worry Less About Norovirus on Your Cruise
Cruise Trends 2017: Cruise Critic's 10 Biggest Predictions
Cruise Mishaps: 14 of the Worst Ideas Ever in the History of Cruising
Hurricane Irma: A Look Back At the Storm
Costa Cruises History
Cruise Supplies: The Longest Shopping List in Australia
Is It Safe to Cruise the Nile River?
Cruising with Jane McDonald
Tallying Up the Economic Fallout from the Lost 2020 Alaska Cruise Season
What is the Economic Impact of the Pause in Cruise Operations to the UK? 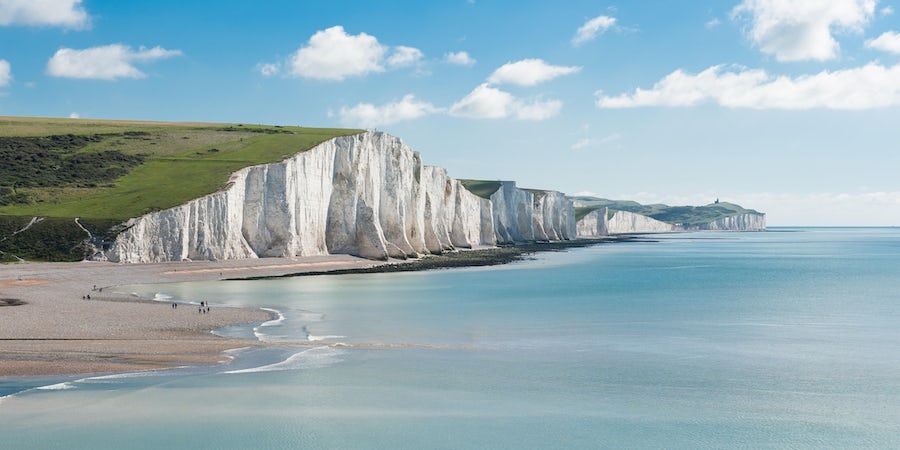 What is the Economic Impact of the Cruise Industry in the United Kingdom?

Cruising is a global industry, with economic contributions that extend well beyond the employment taxes cruise lines pay and the onboard personnel they employ. In the UK and the rest of Europe, cruise lines support a domino effect of businesses that ultimately employ hundreds of thousands of people and contribute billions of pounds to the economy.

And as well as cruise line employees -- both on board and shoreside -- the industry supports an extensive and diverse supply chain, including travel agencies, hotels, local transport operators, and port agents, as well as catering companies, including many small and family-run businesses providing specialist food produce.

A more in-depth report from 2017 entitled "The Contribution of Cruise Tourism to the Economies of Europe", also commissioned by CLIA, outlined the direct and indirect ways the international cruise industry creates its economic footprint.

Related: Tallying Up the Economic Fallout from the Lost 2020 Alaska Cruise Season

Cruise Critic took a look at that, as well as other reports from Cruise Baltic, Visit Norway and GP Wild Associates, to examine the industry impact.

In terms of direct jobs, manufacturing topped the list with a total of just under £1 billion in expenditures, 45 percent of the total. Key manufacturing industries include:

The industry's impact on indirect jobs -- which can include anything from port services and taxi or bus drivers to food and beverage suppliers, apparel and textile manufacturers, property purchases and leases, and more -- is greater.

According to the CLIA report, direct cruise tourism expenditures in the UK during 2017 generated an estimated 82,410 jobs, of which 27,980 were indirect jobs.

The indirect economic benefits derived from the cruise industry result in part from the additional spending by the suppliers to the cruise industry. For example, food processors must purchase raw foodstuffs for processing; utility services, such as electricity and water, to run equipment and process raw materials; transportation services to deliver finished products to the cruise lines or wholesalers; and insurance for property and employees.

But cruise lines are not the only ones contributing to the economy. Passengers and crew are also spending money, particularly in the cities from which they depart.

In 2017, A total of 1,094,000 cruise passengers embarked on their cruises from UK ports, primarily Southampton, Dover and Tilbury.

Most cruisers spent money on some combination of hotel rooms, rental cars, parking, petrol, food, taxis or Ubers/Lyfts, and other local goods and services.

Passengers (and crew) spent £486 million at ports-of-embarkation and call, accounting for 15 percent of total cruise industry expenditures in the UK, according to the report.

In Southampton alone, the £1.97 million source passengers accounted for 77 percent of all spending by passengers and crew in the UK. They spent an estimated £374 million on airfares, port fees, lodging, food and beverages, excursions and other purchases in the UK. The average embarking passenger spent approximately £156.

Related: Which Round-Britain Cruise is Right for Me?

These port-of-call visits generated an additional £98 million in expenditures for tours, souvenirs and other expenditures. These passengers spent an average of £80 while in port.

According to a report by Innovation Norway (the Norwegian tourist board), it’s the same in Norway -- 864NOK or around £75-£80 per passenger.

An Economic Impact study on the Baltic Region by GP Wild Associates revealed the cruise industry generated a total output of EUR 1.5 billion in 2018, which supported exactly 12,595 total jobs in the Baltic region.

Related: What is the Economic Impact of the Pause in Cruise Operations to the UK?

Of the EUR 1.5 billion, EUR 681 million were directly generated by cruise guests, crew and cruise line spending. The study also shows that the cruise guests account for approximately 60 percent of all spending in the Baltic region (EUR 407.3 of the total of EUR 681).