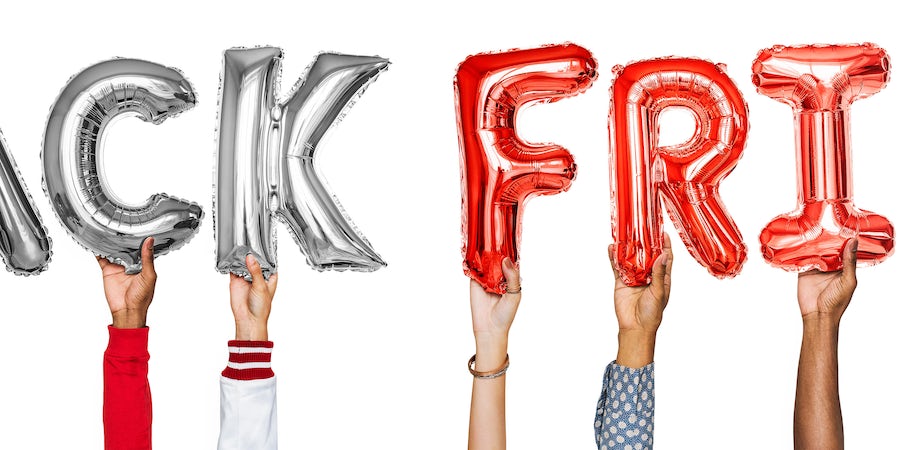 ***Editor's note: Please note that most of these offers have expired now, bar one or two exceptions.

Black Friday, the US shopping bonanza traditionally held the day after Thanksgiving, is now a firm fixture on the UK retail calendar (in case you're wondering it takes its name from the fact that stores go into the black as shoppers snap up bargains).

Ocean and river cruise lines have embraced the trend with deals for the period surrounding Friday, November 23. Here's a round up of what's available so far -- but make sure to look back regularly as we are adding more offers as soon they are announced.

Cruise From £399 with Royal Caribbean

What it is: Sailings starting at six nights for £399 per person.

What it is: Savings on 12 ex-UK voyages departing between April and October 2019.

What it is: Additional Black Friday savings of up to 15 percent on more than 70. cruises with Cruise & Maritime Voyages (CMV).

What it is: Save up to 40 percent per person on ex-U.K. and fly-cruises.

What it is: Complimentary three-night stay in New York on U.S. and Canada cruises, free door-to-door transfers and up to $500 per cabin onboard spend.

What it is: Mediterranean cruises from £294 per person, £139 for children and single supplements from 15 percent.

Savings, Cabin Upgrades and Onboard Credit With Silversea

What it is: Up to £350 per person savings, one category suite upgrade and $1,000 onboard credit per suite.

What it is: Up to 40 percent savings on Latin America and Polar itineraries.

Half Price Fares, Onboard Spending and Free Drinks With Celebrity Cruises

What it is: Fare savings of 50 percent for second passenger sharing a cabin, complimentary Classic Drinks package per person and $200 onboard spending money per cabin.

What it is: Savings of up to £200 per person on selected cruises booked online only.

CroisiEurope Buy One Fare Get 50 Percent Off Second

What it is: Buy a full fare on selected voyages and the second guest sharing the cabin gets 50 percent off.

Eligible voyages include: Departures are in March and April and are on the Po, Seine, Rhine and the French canals.

Save up to £865 with Avalon Waterways

Eligible voyages include: Seven-night Rhine cruise departing Amsterdam in May 2019 and including stops in Cologne and Rudesheim.

What it is: Savings of up to £12,270 on six-night whole-boat charters on the 8 to 12-passenger luxury barges including Anjodi, L'Art de Vivre, Panache and Scottish Highlander.

What it is: Discounts of up to 35 percent on selected cruise departures from December 2018 to July 2019.