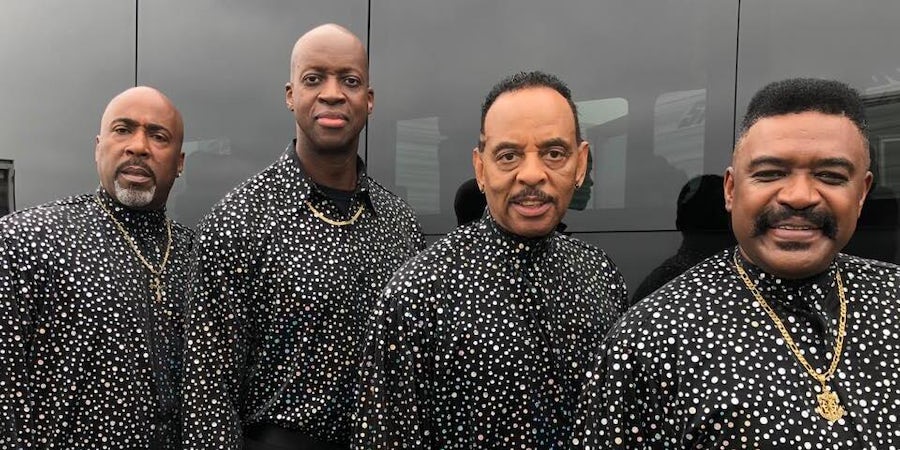 You may not know drummer Earl Young's name but you definitely know the beat he made famous: the four-on-the-floor rhythm that underlies disco's biggest hits, including "I Will Survive," "Never Can Say Goodbye" and "Turn the Beat Around." And, of course, "Disco Inferno," the song Young recorded with his band, The Trammps, and which was featured on the now-classic "Saturday Night Fever" album.

The Grammy Award winner is one of the featured artists on StarVista LIVE's upcoming Ultimate Disco Cruise from February 10 to 15, 2020. This is the second time the themed cruise has been offered; a third sailing is already scheduled for 2021. Young, who was a host on the first disco cruise, said in an interview with Cruise Critic that he and his fellow Trammps are eager to sail again.

"Disco is about people having a good time, partying, dancing," Young said. "It's not about who you are or what you are. It's about being happy and enjoying the moment.

"The disco, where the happy people go," he said, borrowing a line from one of The Trammp's most popular songs, "That's Where the Happy People Go."

Last year, the Trammps performed on the top deck near the pool. Young and his bandmates wanted to see people move  -- and he didn't have to do much to get them off their chairs and out of the pool and on their feet.

"I'm the disco daddy. I'm the one who keeps everything going," he said. "I still have the same energy."

The 2020 five-night disco cruise is sold out. When it leaves Miami for Key West and the Bahamas, it will carry about 2,200 passengers and 40 performers. (Stay tuned for Cruise Critic's coverage of the sailing.)

Deney Terrio, of "Dance Fever" fame, is another returning host. He will offer dance lessons for those passengers who don't remember the steps to "The Hustle." D.J. Bob Pantano -- host of WOGL's "Saturday Night Dance Party," the longest running radio program of its kind -- will choose the songs for an onboard dance party.

Young, who will celebrate his 80th birthday in June, said he'd love to return for the third disco sailing next year. He and his wife are avid cruisers -- one of his favorites was to Alaska -- and he also performed on StarVista LIVE's 2019 Soul Train-themed cruise.

"We love it. You can eat, sleep and work in the same place," he said. "We don't tour internationally anymore. On the cruise, we get a chance to see people from all over the world."

Not only see people, Young said, but also meet them and get to know them. He remains in contact with fans he's met on past cruises.

"You see people four or five days and you get to know them like family. You learn their names, they learn your name," he said. "It's fun to be recognized and have people say they remember you from 1979 … These are things you never forget."

Young has performed professionally since age 20. He played with different groups before founding the Trammps, a group best known for 1972's "Zing Went the Strings of My Heart" and 1976's "Disco Inferno."  The quartet's original line-up dispersed in 1979. Young has been performing with the musicians in this incarnation of the group for more than 30 years.

Young was also a studio musician for Philadelphia International Records, performing with a long list of notables including B.B. King, Wilson Pickett, The Temptations, The O'Jays and Dusty Springfield. He was also a member of MFSB (Mother, Father, Sister Brother), which gave the world the 1974 hit "The Sound Of Philadelphia," now better known as the theme song for TV's "Soul Train."

"I toured with K.C., worked with Kool and the Gang," Young said. "All the musicians, we go see each other's shows. It's not about competition. It's not about the money you make. It's about satisfying the people."

Retire? Not if he can help it.

"Musicians don't retire. They just fade away," he said. "As long as I'm healthy, might as well play."

If '70s nostalgia is your thing and you'd love to hear Young and other disco stars perform, bookings for the 2022 Ultimate Disco cruise are open. The fun takes place onboard Celebrity Infinity, which will sail from Miami on February 26, 2022, and return on March 3, 2022,

Performers already scheduled include Kool & The Gang, K.C. and the Sunshine Band, Peaches and Herb, A Taste of Honey ("Boogie Oogie Oogie") and Rose Royce ("Carwash"). Cabins start at $1,449 per person, based on double occupancy.