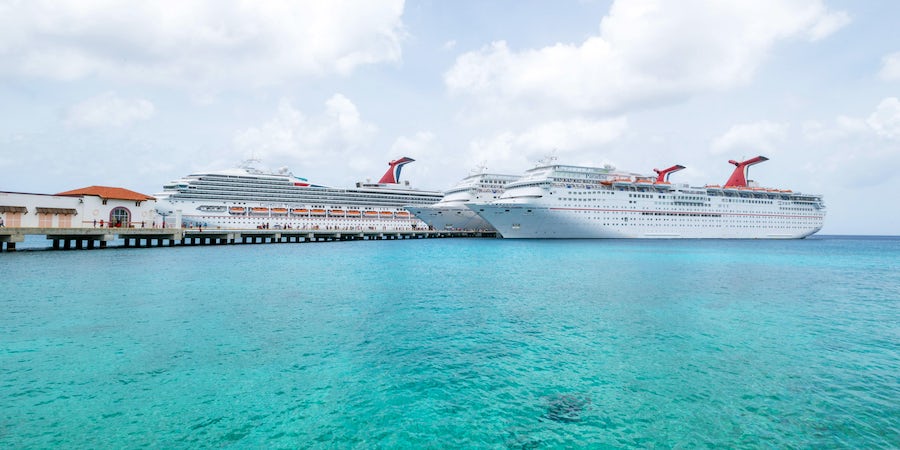 (12:40 p.m. EDT) -- Carnival Corporation & plc. plans to permanently transfer at least six ships out of its fleets over the next 90 days, with the possibility of more fleet departures in the future.

The revelations were made in Carnival Corporation's second quarter earnings results released on June 18, in which the company posted a net loss of $4.4 billion and revenues of just $0.7 billion, down from $4.8 billion during the same timeframe in 2019.

The filing also announced delays to the company's newbuild program -- including the long-awaited Carnival Mardi Gras -- as a result of the ongoing COVID-19 coronavirus pandemic.

Which Six Ships Are Exiting the Fleets?

Carnival Corporation would not comment on which six ships will exit from its cumulative nine cruise lines, or whether those would be sold or scrapped entirely. With the market for second-hand tonnage severely curtailed, it is increasingly likely that ships transferred out of active fleets will be sent to the breakers.

These six vessels won't be the end, though: Carnival Corporation states in the filing that it is actively pursuing further agreements for vessels to leave the fleet.

"The company intends to accelerate the removal of ships in fiscal 2020 which were previously expected to be sold over the ensuing years," reads Carnival's second-quarter regulatory filing. "The company already has preliminary agreements for the disposal of six ships which are expected to leave the fleet in the next 90 days and is currently working toward additional agreements."

"The company previously had four ships scheduled to be delivered between May and October of 2020," reads the filing. "The company believes COVID-19 has impacted shipyard operations and will result in delivery delays of the ships this year and is working with the shipyards on revised timing. The company has committed future financing, comprised of ship export credit facilities, associated with these newbuilds."

Several newbuilds are already confirmed to be delayed, including P&O's new Iona and Carnival's Mardi Gras, the latter of which had its entry into service pushed back since December. Carnival Corporation did not provide timelines of when these vessels may enter service.

Carnival Corporation states that 62 ships in their cumulative fleet have reached their final pause locations, with the remainder of the fleet due to arrive at these locations by the third quarter.

The Corporation notes it has successfully returned over 260,000 passengers to their homes since the cruising suspension began and has utilized 49 cruise ships traveling more than 400,000 nautical miles to repatriate approximately 60,000 crewmembers to more than 130 countries.

The company says it expects to have its remaining 21,000 crewmembers home by the end of the month. Carnival Corporation is providing most shipboard team members with single occupancy cabin accommodations, movies and internet, and available counseling. The company notes crewmembers have access to outdoor areas for fresh air and other public areas of the vessel.