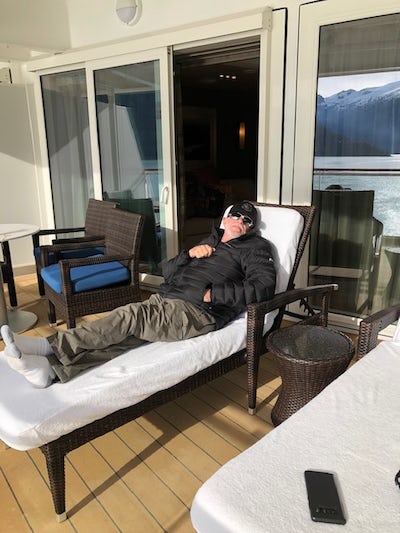 Read before you book on NCL

Mpao71
10+ Cruises • Age 40s
We have been on many cruises usually 2 or 3 a year and we looked forward to trying out NCL and their newest ship the Bliss. Right from the beginning it was frustrating. The drink packages are way over priced. $99 a Day is crazy compared to other cruise lines. Most of the Shore Excursions were way over priced. I rented a car for the day and drove all over San Francisco and Victoria. It was far ...
Read More

Clin1202
2-5 Cruises • Age 40s
We can’t wait to get off this cruise ship. This is the last day of our cruise on the Norwegian Bliss from Vancouver to LA. We stayed in a balcony room in 10246. The room is spacious and modern, but it’s not sound proof enough so we constantly hear the TV from the next room at night when we’re trying to sleep, people “doing it” at night, and just general stomping noises and people slamming their ...
Read More

The worst cruise experience in over 20 years of cruising

JeffreyD
10+ Cruises • Age 60s
Having previously sailed on the Bliss in the Caribbean, we looked forward to the Pacific Coastal cruise so much we even convinced a friend of ours to book a cabin on the cruise. Boy were we disappointed. Standing in line winding outdoors and indoors for over 2 1/2 hours to get our room cards and board the ship. There was no place to sit or rest until we were more than 2 hours into the ...
Read More

INDIANA JOE
6-10 Cruises • Age 60s
We chose this cruise to celebrate our 40th wedding anniversary and to cruise again after serious health problems/recovery from during 2016 and 2017. We enjoyed a similar cruise in 2010 aboard the Pearl so we thought let's try it again. We changed to this cruise from another one during June, 2018 and got a couple of notifications from Ncl regarding later boarding times( due to low tides and getting ...
Read More

Viva65Plus
10+ Cruises • Age 70s
Original itinerary was 6-Nights Vancouver-Seattle-Victoria-at sea-San Francisco-at sea-Los Angeles, but we ended up staying in Vancouver for two nights, two days in Victoria, then at sea skipping Seattle-San Francisco-at sea-Los Angeles. If we had known we couldn't even board the ship until after 7:00 pm on the embarkation, and would be staying in Vancouver for two nights, we could have saved ...
Read More

BAD FROM EMBARKATION ON...

KENW513
10+ Cruises • Age 70s
Embarkation in vancouver was a disaster! embarkation staff was incompetent and overwhelmed by the number of passengers. there was no special line for handicap or platinum members. Lifeboat drill was at 1100 p.m.-stupid time to have it. passengers were tired after being up all day then waiting for the embarkation process. Our seattle stop was cancelled-we were not informed of this until ...
Read More

nkx1
10+ Cruises • Age 40s
I took the Pacific Coast re-positioning cruise on 9/30 which was supposed to stop in Victoria, Seattle, and San Francisco. As others have pointed out, boarding was a nightmare. When we booked the cruise many months before, boarding was supposed to be at 3:30 PM. Then when we received our luggage tags in the mail, the boarding time had magically changed to 7:30 PM. Then, due to the ridiculous line ...
Read More

Not enough information given to guests.

jack49
10+ Cruises • Age 70s
not enough info given to guests --- we were told while traveling to Victoria that we would stay overnight in Victoria and not going to Seattle was not right. not enough to do in Victoria , could have stayed over night in San Francisco. Trying to get in a restaurant to eat was impossible tables open all over but told you need reservations, but none were avalilable.( We were in the Haven so we ...
Read More

The Good and Bad of the Bliss

2fun2forget
10+ Cruises • Age 50s
We have been on 25 cruises, 3 so far this year. We have been on multiple NCL cruises and we were excited to try out the Bliss! The cruise did not start out well and was lacking through out the entire cruise. The Good: 1. We loved the observation lounge. 2. The entertainment was good. We loved SIX and the Beatles. The bands were good. 3. We enjoyed the Laser Tag. 4. The ship was ...
Read More

lenorecook
2-5 Cruises • Age 70s
Cruise was spoiled by problems with embarking, disembarking, cancellation of Port of Seattle, very late night safety drill and lack of half day on ship in Vancouver. Cruise also spent too long in Port of Victoria, where we live. Management blamed the tides on our loading problems, which was ridiculous because tide conditions are posted months in advance. Our ship came up empty from Seattle and had ...
Read More