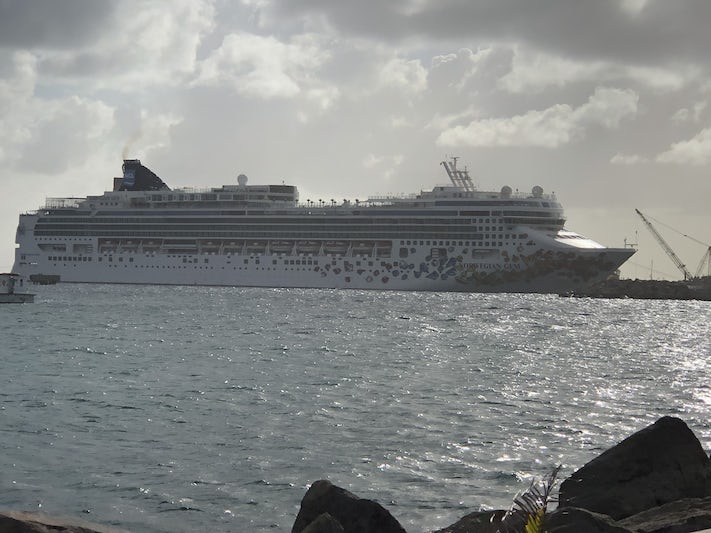 Once is not enough

Melineige
6-10 Cruises • Age 60s
Just love the norwegian free style. Staff is very friendly, ship is been renovated and everything is kept clean. The different restaurants offer a good variety of food. But as I am vegetarien, I had to ask which plate was meatless. Just wish they put a pictogram beside the name of the dish to tell us if it has meat in it or not. Good show every night. As we disembark in Boston, that part was ...
Read More

Jaydee22
10+ Cruises • Age 60s
We had a package which consisted of QM2 from Southampton to New York, transfer to Norwegian Gem for a cruise around the Caribbean and back to New York, one night in New York and then back on the QM2 to return to Southampton. The contrast between the two ships could not have been greater. As expected the QM2 was brilliant at sailing through extremely rough weather (force 11 and 12 winds and ...
Read More

Nifty-Fifty Cruisers
10+ Cruises • Age 70s
We choose this cruise since it left out of New York and we live in CT. The first night was a little rough since there was a coastal storm. The rest of the trip had good weather so the seas were calm. The worst part of the trip was the coffee on the ship. No matter where you went the coffee was consistently bad. The restaurants were not as good as in the past, especially the specialty ...
Read More

Lightningslick
10+ Cruises • Age 60s
I did not choose this cruise. I paid for it, but it was not my choice. The main purpose of the cruise was to escape the harsh cold New York winter. That we accomplished, so the ports and timing were good, considering New York's weather was rather cold. The embarkation and disembarkation went as normall: terrible - for just about all cruises that I have ever been on. Whatsmore, my luggage, ...
Read More

areyouserious2
10+ Cruises • Age 60s
itinerary and although it was changed due to hurricanes. it was good except not enough smoking areas. entertainment wasnst so great..wine prices were way to high. buffet wasn't so great.some of the staff wasn't friendly.it was just more expensive then other good cruises we were on.captain was friendly and most bartenders..it just seemed to have the same typical games and music. the piano man was ...
Read More

kbachiochi
2-5 Cruises • Age 70s
I had traveled on Norwegian once before and thoroughly enjoyed the experience. This time was no different. Everyone was very helpful, professional, and cheerful. I especially liked all the entertainment, especially the cruise director. He was very entertaining and fun to watch. He wanted us to talk to him when we saw him around the ship, and he was always very pleasant when we did. I enjoyed ...
Read More

John and Anne
10+ Cruises • Age 70s
We cruised from New York to the Caribbean (Puerto Rico, St Thomas, St Martin and Tortola) on the 11th April 2016 (10 days) Our first thoughts were that we might get caught up in the New York School Easter Holiday period and have too many young cruisers aboard and secondly that the ship seemed to have a "party" reputation. On both counts these did not come to fruition. We missed the main ...
Read More

No More NCL Cruises For Me

jrrunderhill
6-10 Cruises • Age 70s
From the beginning I had a feeling that this cruise was not going to be any better than a previous NCL experience. We paid for VIP status and when going aboard NCL shore people shoved us into the VERY long "latitudes members" line; VIP status already out the port hole before even getting on. When leaving the Caribbean to return to NYC we sailed up the tailpipe of the storm that damaged one ...
Read More

Maybe the Best Travel Experience Ever!

Christine Owen
2-5 Cruises • Age 40s
We Both had other cruises with Princess, Cunard and Royal Caribbean, but the Gem was just as good and in a lot of ways and even better! Cabin: We accidentally booked a cabin with a partially-obstructed view. It was still roomy and very clean, our cabin steward made us feel welcome and was very attentive to our needs. Food: Breakfast was one of the best meal times, with a large variety of ...
Read More

Deedee85
First Time Cruiser • Age 40s
This was my 7th cruise but only my second on NCL. The other was in 2005. I am not stuck to one particular brand. I tend to choose based on itinerary. I chose this Thanksgiving cruise because the dates worked for me and I like being able to drive to the terminal. Embarkment was very smooth. I was traveling with several family members and we were dropped right off curbside at 12:10 pm. There were ...
Read More

Find a Norwegian Gem Cruise from £412