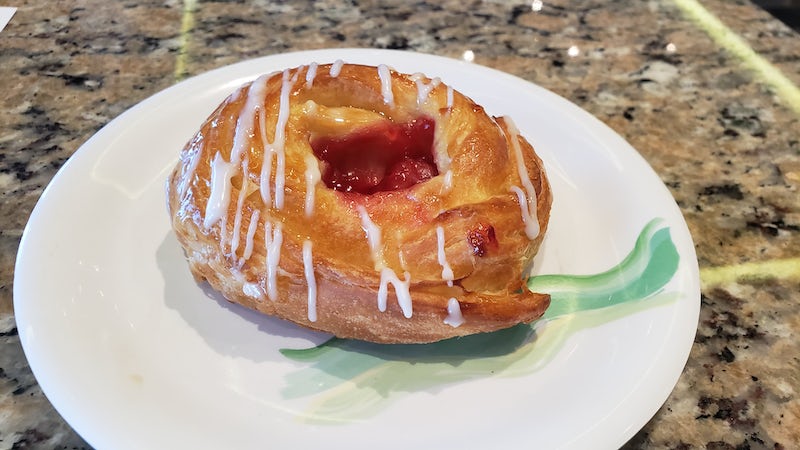 Txjk
10+ Cruises • Age 50s
My husband and I have been on 10+ cruises on all the major lines, from Europe to Hawaii, Alaska and all over the Caribbean. In 27 yrs of cruising this was by far the WORST vacation EVER on land air or sea. Something is seriously wrong on this ship. Service is overwhelmingly poor. Bad attitudes abound. Yes, you can find a nice person here and there, but overwhelmingly unhappy crew and rude ...
Read More

First and only cruise

Timogin
First Time Cruiser • Age 50s
My father and I went on the Emerald Princess (dubbed the money pit later by me). Our destinations were Rotan, Belize city and Cozumel. The cruse was great except the elaborate prices for anything other than iced tea or water. Also the gratuity that is charged for ordering a drink at the bar. And I have never seen a casino that charged for drinks to players and then charged gratuity to boot (until ...
Read More

Jan30
2-5 Cruises • Age 50s
Upon arrival, everything seemed to be good. Our cabin steward, Dominick, was terrific. The food in the Dining Room was very good and the wait staff was remarkable. The food in the buffet was good for a buffet, there was plenty to choose from, so you could find something you liked. East Coast Connection was great and a Duo that played mostly in the Wheelhouse was good. The rest of the entertainment ...
Read More

hentzkim
10+ Cruises • Age 60s
We were so excited to get back on Princess and feel that Princess level treatment. We have cruised 5 times together, but I have cruised 10+ times prior to meeting my husband. Our last cruise was my first Princess cruise and first experience with the Princess treatment. I was sold after our 14-day cruise to Hawaii in March 2012. I told my husband that it would take a lot for me to cruise with ...
Read More

Dezertbear
6-10 Cruises • Age 50s
This was our 6th cruise with Princess and our first as Platinum members. Arrival: We arrived in Houston Friday night around 8pm and met the Princess representative at baggage claim, and were put in our own van for the hour ride to Galveston. Hotel: Princess booked us into the Hotel Galvez. It is a lovely old hotel, and very clean. The lobby is being renovated so you couldn't see the ...
Read More

NeyNeyshus
6-10 Cruises • Age 50s
This cruise was not a bad recovery from last year. Cruised Carnival last year for the LAST time. Wouldn't cruise Carnival again if they gave the tickets away. Got to the terminal at about 10:30 but didn't get on until after noon. Longer wait than we are used to. We booked two interior rooms as always since we have little use for balconies. We were Aloha deck all the way forward. Other than ...
Read More

ruthhawkins
2-5 Cruises • Age 60s
Maybe I've been spoiled by sailing with Celebrity last year, where everything was terrific. The Crown Princess entertainment was the best thing about our experience. The staterooms were also nice, although pretty much standard. The things that really disappointed were the food and the way dining was set up. We were 'traditional' dining, but seated during an open reservations timeslot... we had ...
Read More

Average at best. Not likely to sail Princess again

Cruzer0829
First Time Cruiser • Age 30s
We booked this cruise about 13 months in advance when there were 4 port stops. A few months after booking they removed Costa Maya as a port without ever giving a good reason. Regardless it was the only time that worked for the friends we went with so the reservation stayed. Boarding was easy enough. We probably showed up around noon and the lines weren't long at all considering it was Spring ...
Read More

Wahnsinn
2-5 Cruises • Age 40s
This was our first time on Princess and we had a nice time. From reading previous reviews, there were complaints about smells and the food, both of which I'll get into. Overall though, we had a nice time. Embarkation - we didn't end up making it down to Galveston until almost 3pm because of heavy traffic in Houston. Once we got there though, the lines went by quickly and painlessly (except ...
Read More

kevin63
6-10 Cruises • Age 50s
We set sail out of Galveston on March 23rd, 2013. We flew into Houston and took the shuttle bus down to Galveston, The Princess Crew met us at the airport and everything was very simple getting on the bus. We then set off to Galveston which is about an hour away. Very good ride down to Galveston. We got to Galveston in plenty of time so we had lunch on the pier. The food was very good there. We ...
Read More