Empress of the Seas Review 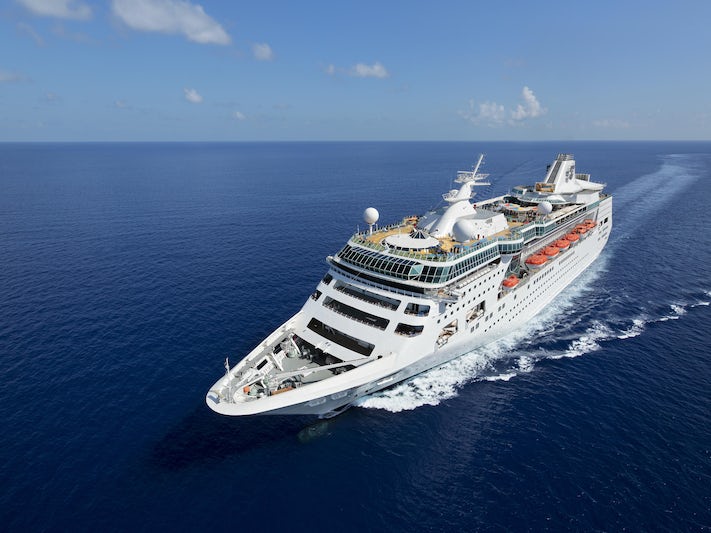 Empress of the Seas is leaving the Royal Caribbean fleet in 2020.

Ship's age is evident in plumbing issues; lack of activities for teens might be a problem

The 2016 return of the 1,602-passenger Empress of the Seas to the Royal Caribbean fleet marked a break from the company's flashy, gigantic ships, and took travelers back to a time when cruising was all about the sea. Those who are used to sailing Royal Caribbean's ships for the innovative amenities (skydiving simulators, ziplines, ice skating rinks and constant flow of activities) will likely be disappointed in Empress -- the smallest (and oldest) ship in the fleet. Empress is not a floating theme park, and in many ways doesn't feel like the modern Royal Caribbean line at all. Yet, many of Royal Caribbean's signature experiences, like "Quest" scavenger hunt, Viking Crown Lounge, Windjammer Cafe and the friendly, genuine crew members, are reminders that -- despite its small size -- Empress still wears the Royal Caribbean crown.

Visually, the ship's revitalization is evident in some spaces more than others -- like the new Boleros. A beautiful, Cuban-themed lounge with colorful decor and paintings of Cuban culture, it's the best iteration of the space of all the line's ships. And it is perfectly paired with Empress' itinerary, which, as of April 2017, comprises four- and five-night cruises to Havana, as well as Key West, Florida and Cozumel, Mexico, from its Tampa homeport.

Other parts of the ship still maintain elegance from the early days -- like the Royal Theatre that showcases white marble entranceways, crimson curtains and supper-club-style seating with individual tables. The smaller size of the ship makes it easy to navigate and passengers can quickly walk from one end to the other without worrying about being late for events. The lack of a need to "sign up" in advance for most onboard activities adds an element of spontaneity to the cruise.

While the start of meal times -- especially on the final day of the cruise -- can produce a wait in the restaurants and at the guest relations desk, overall, the ship is uncrowded and has an airy, sunlight-soaked atmosphere. Many secluded seating areas face floor-to-ceiling windows and the promenade on Deck 6 provides ocean views and even more peace and quiet. The pool area and sun deck has plenty of loungers and chairs so finding a nice place to curl up with a good book is not a concern on Empress. For many cruisers, it is a refreshing change to the busier, larger vessels.

Although there is still room for improvement, Empress delivers an affordable and relaxed cruise experience. The ship is ideal for first-time cruisers, budget travelers or simply those who enjoy a more intimate voyage where the crew treats you like family, instead of a cabin number.

The Tampa-based ship is a melting pot of North Americans from all cultural backgrounds; the majority of adults are baby boomers or younger. On our summer cruise (when most schools are not in session), there was a notable number of families with teenagers or young adults traveling together -- a bit surprising since the ship doesn't have a teen center.

Daytime:Casual clothing is the norm during the day and you'll see plenty of T-shirts and shorts.

Evening:The dress code on Liberty of the Seas is relaxed throughout the week; no formal dress code is ever required though many passengers still "dressed up" for dinner with cocktail dresses or nice blouses for ladies and button-up shirts for men.

Not permitted: Tank tops are prohibited in the main dining room and specialty restaurants at dinner. Shoes must be worn in all dining venues at all times.

The Little Ship with a Big Heart

We came across a staff member that we met on the Symphony of the Seas. She now works in the Empress Windjammer restaurant. She told us I just love being on this ship.... Read More
maseat

Smallest ship with the biggest heart

Smallest ship with the Biggest Heart

After boarding with very low expectations we all came to love the Empress over the period of our 8 night cruise.... Read More
Gaynors

Empress does not have the options and amenities of a new mega-ship, but the cost of our seven day cruise was only $550 each for an ocean view cabin.... Read More
indycruiseman