Freedom of the Seas Review 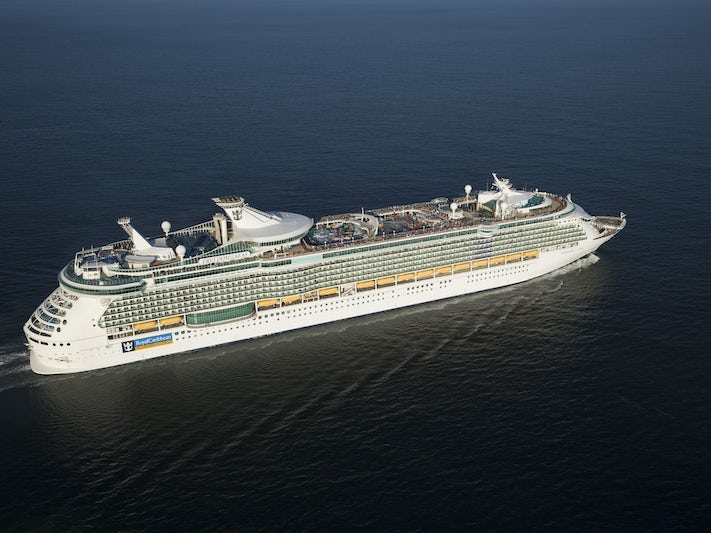 Freedom of the Seas launched in May 2006 as the world's biggest cruise ship, measuring 155,000 tons, carrying 4,500 passengers and introducing Royal Caribbean's now-widespread FlowRider surf simulator to the cruise industry.

Although the ship is no longer the biggest in Royal Caribbean's fleet -- that title is held by the line's newer Oasis-class ships -- its public spaces don't feel outdated. If anything, Royal Caribbean is doing a great job of keeping Freedom of the Seas in tip-top shape.

During a 2020 dry dock, Freedom of the Seas got a major upgrade, especially in outdoor spaces like the pool deck. The cheery new features include bright and charming casitas, a bustling taco shack and the Lime and Coconut bar. The $116-million refurbishment also added new restaurants, kids spaces and cool sports bar, Playmakers. Cabins are virtually the only spaces untouched by the massive project, leaving them feeling a little worn and dated by comparison.

While the ship can hold 4,500 passengers, Freedom of the Seas doesn't feel crowded. That's not to say that the ship feels empty or small. Sometimes there's congestion in Windjammer at peak times, you'll wait in a line (a short line, but a line nonetheless) to disembark at tender ports, and dinnertime can be a bit noisy with hundreds of others chowing down around you. At the same time, it's never hard to find quiet, private nooks. The library, Internet cafe, Cafe Promenade, Vintages wine bar and even the Solarium pool are great for getting-away-from-it-all moments, particularly on port days.

Overall, the traffic flow throughout the ship is smooth, but there are times when it comes to a dead standstill along the Royal Promenade (the ship's mall-like main thoroughfare) -- when there's a sale on duty-free watches, for example. Other areas just seem poorly designed. It can be a harrowing experience to reach the Deck 3 Studio B from the front of the ship, as there's no direct access straight through. Passengers have to either walk up one flight to Deck 4 (and through the casino) to the aft, then head down or go up two decks to the often-crowded Royal Promenade to walk aft before heading down.

In general, service is personal, because there are so many spaces in which you can become a "regular." Baristas at Cafe Promenade, serving Starbucks coffee drinks, remember complicated beverage orders; the bartenders at Boleros, Royal Caribbean's Latin-themed bar, remember names and poisons; and even the wait staff in Windjammer, the casual buffet, treat kids as the highest-order VIPs.

A dizzying number of onboard activities and top-notch entertainment ensure you'll never be bored.

The ship's central Royal Promenade is a bit like a shopping mall, and sales pitches are at every turn.

Despite its age, the ship still shines, and there's something for every age group.

With the FlowRider, H2O Zone and age-specific children's facilities, Freedom of the Seas is an obvious choice for families. The number of children under 17 can range from a few hundred to as many as 1,200 on holiday and summertime sailings. The ship also appeals to active couples, mainly ranging from their 30s to 50s, and plenty of fun-loving seniors. Many Royal Caribbean cruisers are repeat passengers. The majority hail from North America, though many on our cruise came from South America, Europe and Canada.

Daytime:Dress is casual during the day.

Not permitted: No tank tops, bathing suits or baseball caps are permitted in the main dining room or specialty restaurants at any time, and footwear is always required. Shorts may not be worn to dinner in any restaurant, except the buffet.

Be the first to know when Freedom of the Seas prices drop so you can book with confidence.

Find a Freedom of the Seas Cruise from £120

More about Royal Caribbean Freedom of the Seas

Where does Royal Caribbean Freedom of the Seas sail from?

Where does Royal Caribbean Freedom of the Seas sail to?

How much does it cost to go on Royal Caribbean Freedom of the Seas?

Cruises on Royal Caribbean Freedom of the Seas start from £120 per person.

Is Royal Caribbean Freedom of the Seas a good ship to cruise on?

Embarkment was a NIGHTMARE !!!

This was my 33 RCCL cruise, and my first time on Freedom of the Seas. This was a rebooked "casino" cruise from a cancelled 2020 cruise.The cruise from Terminal A at the Miami cruiseport.... Read More
wisnir

Back to Cruising and It Feels So Good!

In addition to Freedom, Mariner of the Seas was also stopping at Coco Cay the day we were there, but it didn't seem terribly overcrowded anywhere.... Read More
katieraesmith

We were originally booked on Freedom of the Seas from Cape Liberty to Bermuda, 22Jul21 and so disappointed when it was cancelled.... Read More
berrytini

(it's so worth every penny) This was wonderful, and by far the best part of our cruise. Matthew & Andrew were our cabin attendants, and were on top of everything.... Read More
sybil160