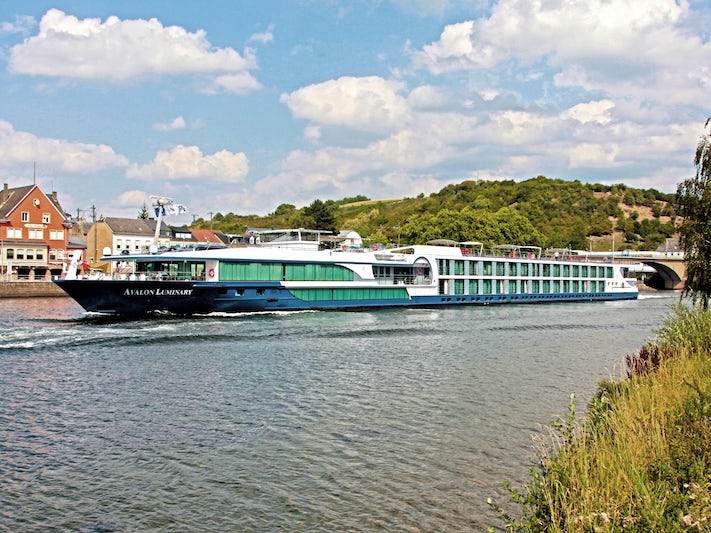 Avalon Luminary launched August 2010 as the fifth river ship in Avalon Waterway's "Scenery class" (Avalon Scenery debuted in 2008 as the first in the series). Like its sister ships, the 138-passenger new-build features an all-outside cabin setup, with standard cabins measuring 172 square feet and junior suites at 258 square feet. A number of Luminary's cabins have "French balconies," sliding glass doors with a protective railing (though you can't step out).

Onboard, passengers will find a sun deck with small pool, a "Sky Grill" for outdoor dining, two lounges, an open-seating dining room and a fitness center. The ship also boasts some of river cruising's most modern touches, including flat-screen televisions in the cabins and an elevator for general passenger use.

On an interesting technical note, the ship is outfitted with Avalon's Silent Drive System (SDS), a pod-propulsion system that the company says allows for a much smoother and quieter cruise.