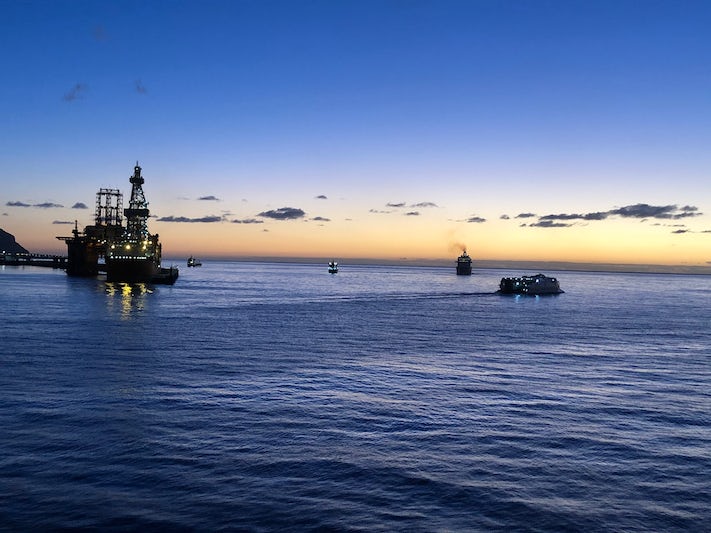 garlhamster
10+ Cruises • Age 70s
regular cruiser looking for some warmer climes this winter. explorer ship pretty good, food in italian restaurant very good with friendly attentive staff. only used main restaurant twice for breakfast which was just ok. buffet restaurant patchy, soups were pretty good, salads average and main foods average. we do not think the range is as big or as good as 5 years ago. there was a late night snack ...
Read More

toshede
6-10 Cruises • Age 70s
My wife and I have used Marella cruises for a while now and used the Marella Explorer twice in 2019, having only recently done the Tenerife trip we were very disappointed, firstly a sand storm hit the island's which was not the ship's fault And lost out on visiting one of our ports, we were awarded a £25.00 compensation to spend on-board, we proceeded to Madeira only to find engine trouble and ...
Read More

I’m standing on the helicopter deck please winch me off NOW!,,

Lizzylouscoobydoo
10+ Cruises • Age 50s
THE FOOD =. Let’s start with the food. The main restaurant looks nice to lull you into a false sense of security ... order fish... pretty close to their natural environment what can go wrong?.... wet spongy bread crumbs with wafer thin fish floating on a bed of water .... breakfast a very strange lamb sausage and rubber egg..... cram everyone into one corner and if you have the utter cheek to ask ...
Read More

Lammy3000
10+ Cruises • Age 60s
We chose the Explorer as it was only a four hour flight from the uk you are guaranteed some sunshine in the canaries. We had a had a balcony cabin on 9 deck and the balcony was the biggest we have ever had it had a lounger two chairs coffee table and hammock. Shower was good as it has a door rather than the usual clingy curtain. The decor was of the usual standard you get in cabin and no ...
Read More

jody2569
2-5 Cruises • Age 40s
We had been looking forward to this cruise since the day we booked it, and we have mad the most of it, a week in the sun is valuable time. However we probably won’t be booking another cruise with Tui, for us they have a lot of improvement to make. The Marella is a nice ship but showing it’s age. We did throughly enjoyed sitting out in the Mediterranean bar on deck 11, a nice place to sit and ...
Read More

Spoiled by a tiny food budget

TheFatFryer
10+ Cruises • Age 50s
We wanted a cruise at short notice. Somewhere warm. Or even warmish. Our only option was this Mariella cruise around the Canary Islands. I must say it was cheap. Therefore we made a number of assumptions, only some of them were accurate. We travelled on the Tui flight from Gatwick. Extra legroom seat for only £25 each. Flight was comfortable. Bus collection and transfer was ...
Read More

johnmunro
2-5 Cruises • Age 50s
Hi just back from a week on the Explorer the flight from Edinburgh was good Transfer was quick.When we got too our cabin the cabin had a bad spell reported too reception fixed straight away smell came back 2 days later and you could smell it a lot round the ship as if there was problem with drainage a few times the public toilets were closed. The food on the ship was not as good as Discovery 2 ...
Read More

mcfccruiser
10+ Cruises • Age 50s
Well having sailed with Thompson on the Thompson Spirit (which was falling to peices) this was a pleasant surprise. The ship isn't new but they have obviously invested a lot of money refitting the ship. Everywhere was clean, the food was great quality and selection (main dinning hall (Latitude 56), buffet restaurant (the market place), an Italian (serves buffet style pizzas and pasta during the ...
Read More

iana1212
10+ Cruises • Age 60s
Having read a number of negative reviews we went on this cruise (out first with Marella) with no real expectations. We came back quite impressed and would not hesitate booking another cruise provided it came in at a good price/ itinerary. We have travelled on a number of lines including Oceania, Azamara, Celibrity, MSC, Holland America, Royal Carribean, Pullmantur and Princess. A number of ...
Read More

Marella has upped its game

Les1945P
10+ Cruises • Age 70s
Arriving in Tenerife after our flight from Manchester we embarked on Explorer. Our first impressions were good. Although the ship is around 25 years old, it is in good condition and has recently been refurbished. Happily, we were given a our first upgrade by TUI. As cruise veterans we have sailed with half a dozen cruise companies, large and small. So TUI , thanks for treat of a cabin upgrade. ...
Read More