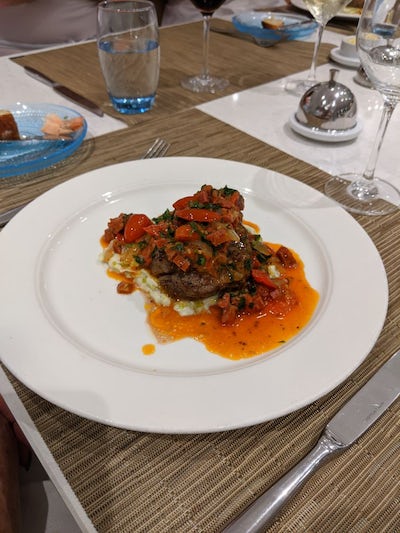 lesleympwilson
First Time Cruiser • Age 60s
I hadn’t been to any of the destinations on this cruise but the destination I was really excited about was Eidfjord, and I wasn’t disappointed. We flew to Bergen and were met by Viking representatives at baggage reclaim. As soon as our luggage appeared we were escorted to the waiting transfer minibus. As we arrived late afternoon we went straight up to our cabin after a very smooth check in ...
Read More

Iceland and Norway, Land of the Waterfalls

wandwall
10+ Cruises • Age 70s
Iceland’s Majestic Landscapes, August 13, 2019, Viking Ocean We chose this ship for chance to see Iceland up close. It made four stops in Iceland with two days in Reykjavik at the beginning. Most cruise lines stop at the capitol for a day as they transit between the US and Europe. This was our first Viking Ocean cruise. If you are tired of the glitz, the constant sales pitches and ...
Read More

freddd
2-5 Cruises • Age 60s
We've wanted to visit these countries for some time and have enjoyed a Viking river cruise. In addition, we preferred to travel on a smaller ship, rather than a typical large ocean cruise ship. The Viking Sky has a well-designed interior: the public areas, like atriums, are spacious and attractively decorated. Our cabin, while not luxurious, was exactly what we needed, as we did not spend ...
Read More

Wonderful in Every Way!

skenner
10+ Cruises • Age 60s
We had taken Viking River cruises and decided to try the Viking Ocean. It did not disappoint. The ship is beautifully appointed and the staterooms are nicely done. Our stateroom was small but included everything we needed. The staff is very responsive and attentive. The entertainment includes singing and dancing and lectures by knowledgeable scholars. The food was excellent and includes two ...
Read More

Majestic is the word!

Icehockeyman
2-5 Cruises • Age 70s
We chose this way to see Norway and Sweden. Denmark was a nice addition. We enjoyed the programmed trips but also made use of several additional on shore excursions. The trip didn't disappoint. With all the sightseeing came an education by Viking about the places we would visit each day and the countries. This helped us determine where to go and what to see at each port that we entered. ...
Read More

debsap
2-5 Cruises • Age 50s
This was the second cruise I booked, and there was no comparison between my first cruise and this one booked with Viking Ocean Cruises. From Bergen, Norway to Copenhagen, Denmark, this cruise surpassed my expectations. The ship was beautiful and very comfortable. The size of the ship was perfect. I had the opportunity to meet a variety of people, but the ship did not feel crowded. The meals ...
Read More

MoniCz
6-10 Cruises • Age 60s
We chose this cruise for the itinerary: Majestic Fjords & Vibrant Cities (from Bergen to Copenhagen).We wanted to see what Viking was like and enjoyed our experience enough to book a river cruise in the future. Embarkation in Bergen was simple and efficient. The ship is quite lovely. After the first night, I felt that the bed was a bit too hard for me and we when we told the stateroom ...
Read More

Peg and Les
6-10 Cruises • Age 70s
We really lucked out and had fantastic weather for March. Northern lights were spectacular in Tromso. We took a private tour with indvidulltromoso and was better than the one Vikng offered. The weather was sun shine in Bergen also where it usually rains 360 days a year. As far as the ship, it is beautiful. The few issues we had with service were quickly remedied by the guest service and restaurant ...
Read More

Diyan
2-5 Cruises • Age 60s
This was the maiden voyage of the Northern Lights Cruise and it couldn’t have been more perfect. I highly recommend Viking cruises! The staff were friendly and knowledgeable, the ship was clean and well ordered. The food was awesome and Viking made our special request for vegan meals abundant and varied. Being the maiden voyage, there were only a couple of glitches but Viking made them right. ...
Read More

Be prepared for cold. Inaugural In Search of Northern Lights January 2019 cruise

Old cruiser florida
10+ Cruises • Age 70s
Viking does a nice job but did not think thru their excursion offerings of this cruise. First, it was mostly in the dark, which was to be expected on a cruise above the Arctic Circle in January. but, many of the museums, shops and excursions sites were closed or inappropriate for January. We did an independent tour which stayed out at night for over 8 hours to see the lights and were given ...
Read More